The Swedish Association for Philosophical Practice (abbreviated SSFP in Swedish) is a non profit association who promote the practicing of philosophical dialogue at every level of the Swedish society, but foremost in healthcare, schools and public places such as libraries and museums.

SSFP took initiative to the nordic conference on philosophical practice in 2013. The first conference was held at the Department for Philosophy at Lund University, Sweden. The conference of 2021 was postponed and will be held in Copenhagen in June 2022.

we are open for membership to those who are merely curious about philosophy in dialogue and who wants to suport our work, but we also train those who want to use philosophical practice in their profession.

Once a year we celebrate the world philosophy day which occurs in november. 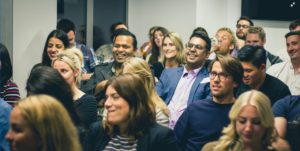